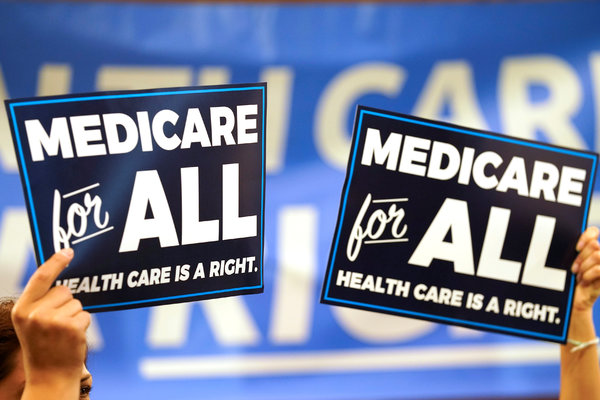 During last night’s Democratic presidential debate, Senator Bernie Sanders came under fire from every direction: his fellow candidates incessantly attacked his record and ideas, the moderators allowed other candidates on stage to talk over Sanders and did not allow him to respond even when referred to by name at different times, and large swaths of the audience seemed to boo and cheer as if someone else had paid for them to be there.

After all, securing a seat at the South Carolina Democratic presidential debate isn’t cheap. In fact, Live 5 News reported on February 6, 2020, that the Charleston County Democratic Party website says “The only guaranteed way to get a ticket is to become a sponsor of the debate.” Sponsorship of the debate ranges from $1,750 to $3,200 each for attendance to multiple “First in the South” events. However, that information and sponsorship link was removed from the Charleston County Democratic Party website less than 24 hours after the Live 5 News report on the high cost of a guaranteed seat at the debate. Did we not hear recent reports of a particular candidate who was paying off social media accounts and “influencers” in order to positively promote his campaign?

It was clear by the focus on Senator Sanders and his proposals that he is, without a doubt, the front-runner of the Democratic party.

After absorbing and deflecting attacks from candidates and moderators alike regarding the math behind his Medicare for All plan, Sanders cited a recent study that came out of Yale University that was published in The Lancet.

The authors of the study noted “that a single-payer, universal health-care system is likely to lead to a 13% savings in national health-care expenditure, equivalent to more than $450 billion annually.” It follows that if a Medicare for All single-payer system would lead to a 13% savings in expenditure, then funding such a program shouldn’t be a major concern. Rather than individuals paying into an insurance company or out of pocket at exorbitant rates, they would pay directly to the government via taxes to fund universal healthcare. Such a system eliminates massive CEO salaries and bonuses, puts an end to the price-gouging of the pharmaceutical industry, and ensures that no American goes without coverage or without care.

For the visual among us, the authors included a table that provided an overview of calculations to finance a single-payer healthcare system. “Arrows indicate changes in total national health-care expenditure upon implementation of each step.”

However, the article went beyond just discussing the economic feasibility of Sanders’ Medicare for All proposal. In the introduction the authors emphasized that “more than 70 congressional bills have been introduced that aimed to undermine the improvements in access to health care that have been realized by the Affordable Care Act. The move to repeal the Affordable Care Act by the Trump administration will further jeopardize the health care of 21 million Americans.”

Ultimately, the analysis of the study found that, “the expected savings from a universal single-payer system would more than compensate for the increased expenditure associated with universal healthcare coverage. Moreover, universal health care would save lives while simultaneously improving the quality and productivity of those lives.”

A Forbes article published yesterday framed Senator Sanders’ Medicare for All plan with loaded and misleading language. The article went as far as to call it “free health care,” which of course is disingenuous. It isn’t free, the tax dollars that we already spend will go towards funding it, along with numerous other potential avenues of funding that Senator Sanders listed here in a brief document on his proposal. In it Sanders noted that, “At $10,000 per person, the United States spends far more on health care per capita and as a percentage of GDP than any other country on Earth in both the public and private sectors while still leaving 28 million Americans uninsured and millions more under-insured.”

The article from Forbes went on to mention that Senator Sanders’ plan “would likely cost around $30 trillion” and then slammed Sanders for not providing an explanation for his “magic math.” What the author failed to note is that the $30 trillion price tag for Medicare for All, while nearly accurate, is the projected cost over the next ten (10) years.

Furthermore, the article failed to note that the estimated cost of $3.034 trillion annually for Medicare for All is already $458 billion less than the national health-care expenditure in 2017 as Dr. Galvani and her colleagues noted in their study on Medicare for All out of Yale University. Those projected savings do not even account for the continuing increases in health care expenditure that we have seen in the past three years. In 2018 alone, United States health care spending increased by 4.5%, reaching $3.6 trillion ($11,172 per person).

Perhaps the most important fact that gets overlooked in conversations about Medicare for All is how much money is already allocated to health care by existing sources. The Yale University study explained, “Given that $2261 billion ($2.261 trillion) is already allocated to health care by existing governmental and philanthropic sources, a further $773 billion must be collected by the government to fully fund the Medicare for All Act.” Perhaps people simply don’t know how the fiscal budget for the U.S. federal government is created, or that a certain percentage of GDP is allocated to particular sectors of mandatory and discretionary spending. So, when the topic comes up again, perhaps these nuances will help to explain Sanders’ plan a little better.

Ultimately, $773 billion does not seem like a difficult amount of additional revenue to raise in order to fully fund Medicare for All. Especially when we consider some of the options for funding that Senator Sanders has proposed thus far.

Before any of the above options are listed in the document, Senator Sanders notes that, “In my view, there needs to be vigorous debate as to the best way to finance our Medicare for All legislation.” The very fact that Senator Sanders is open to a robust discussion about the best way to fund his Medicare for All proposal should be viewed in a positive light. Yet despite the litany of funding options proposed here by Sanders, the same criticism abounds, “but how will you pay for it?!” Pundits, moderators, and fellow candidates alike continue to decry Senator Sanders’ Medicare for All plan as too expensive, citing disingenuous figures and ignoring his many explanations for how he intends to fully fund his proposals.

My suggestion would be to actually read the full bill to establish a Medicare-for-all national health insurance program introduced by Senator Sanders in 2017 in its entirety to make your own decisions about its merits.

As for how Bernie intends to pay for his other major plans, you can read more here.