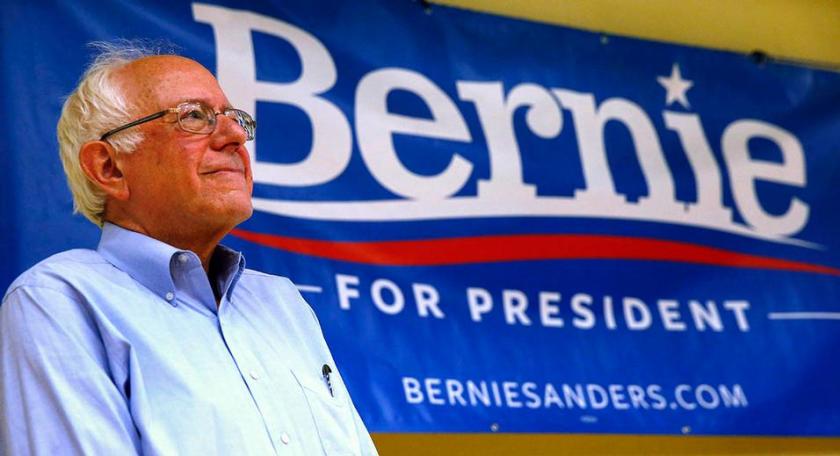 October 12, 2019 Cameron Wheeler Campaigns Comments Off on Support for Sanders is Under-represented by the Mainstream Media

Whether you are watching or reading the news from a major outlet, talking to a friend online or in person, or arguing with a stranger from the internet, many people rely on polling numbers to inform their opinions about who is or isn’t a front-runner in a political race. This seems reliable, as that is the metric that nearly every major media outlet uses to inform their opinions about political candidates.

The call protection company First Orion analyzed data from 50 billion calls over 18 months and the results they produced are disturbing to say the least. Their analysis found that spam calls increased from 3.7% of total calls in 2017 to 29.2% in 2018. They predicted this number to reach 44.6% of all total phone calls made in the United States in early 2019 and to grow to over 50% by the end of the year.

Debt collectors and telemarketers account for nearly half of all robocalls made in the United States. As many as 44.7 million Americans hold some sort of student loan debt, which currently totals $1.5 trillion. Roughly 79 million Americans have medical bill problems or are paying off medical debt. Although there is certainly some overlap between these two groups of people, it is safe to say that millions upon millions of Americans are dodging calls from unknown numbers.

So, with that information in mind, what metrics should we be looking at in order to get a more accurate sense of which political candidates are truly front-runners in a political race?

In an ideal world, determinations of political front-runners would be made based on an aggregate of these different metrics. If we relied solely on polling numbers to determine the front-runners of the Democratic Presidential Primary, it would seem that Warren comes out on top or perhaps Biden. However, that is exactly the narrative that they want you to buy into. It benefits them and their stock-holders if Sanders and his grassroots political revolution are constantly under-represented, invalidated, or discredited by the media. Keep in mind Biden was leading in many polls prior to the whistle-blower coming forward regarding Trump’s dealings with Ukraine and Trump’s subsequent backlash at Biden. Even still, these numbers fluctuate from poll to poll, state to state, and day to day.

However, if we take into account other metrics such as campaign volunteers, number of people in attendance at rallies, money raised, and number of individual donors, then Bernie Sanders becomes the clear front-runner by quite a stretch. His candidacy in the 2016 Presidential Election sparked a widespread, grassroots political movement that has been mobilizing activists and concerned citizens ever since. People on both sides of the political spectrum are simply fed up with not having their voices heard. When the Democratic National Committee opted to back Hillary Clinton and actively worked to undermine Sanders’ campaign, it became clear to many Americans that power does what it wants.

Hopefully, the American people will make their voices heard by casting their ballots for politicians that truly have the will of the people at heart. Hopefully we remain vigilant that our free and open elections are protected by every means necessary from unlawful and immoral interference from foreign governments or special interest groups.

That is, as long as we aren’t lulled into apathy or complacency by merely taking what “the polls” have to say at face value. Despite the fact that polling data only represents a very small percentage of the American population.